Why Keith Flint Inspired Me 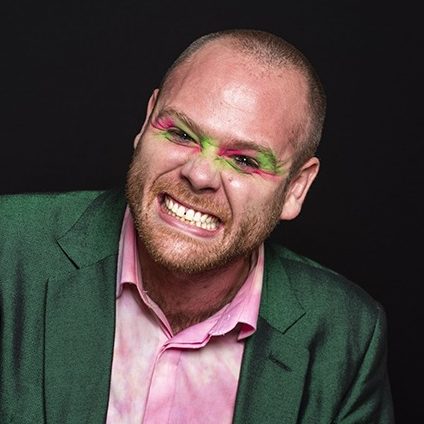 â€œI’m a fire starta!! twisted fire starta!!â€ And so, like many others, my twisted love affair
with the Prodigy began. I spent a lot of my time as a teenager dancing punkishly around
my room to Breathe, Smack My Bitch Up, Diesel Power and all the other badass beastly
beats that fuelled the British Underground Party Scene of the 1990s and beyond. I think
it is hard pushed to think of another band’s sound that is more recognisable than the
pure filth and aggression of The Prodigy.

But this is not an appraisal for The Prodigy. This is an explanation, for what it’s worth, as
to why without Keith Flint, I would not look the way I do onstage or possibly wouldn’t be
performing at all. Keith was the Prodigy in mind body and spirit. He was the ultimate
frontman. No disrespect to Liam and Maxim but my eyes were on Keith every time.
He had showmanship down to an art. The hair styles, the make up, the piercings, the
madness, the dancing. He couldn’t sing, he shouted and went mental whilst looking
mental. And he made it one of the coolest jobs on the planet.

When I first started to map out my stage persona in my mind, Keith Flint immediately
popped up. He was dance music’s version of a rockstar. He was an enigma, ethereal, a
pixie punk pitbull. He was the embodiment of rave. He misbehaved without being an
areshole about it.

He knew how to give a fuck in the right way and along with David Bowie and perhaps
Prince. Keith Flint had more charisma and appreciation for the importance of the
aesthetic element of any piece of theatre in the half bitten pill in his back pocket, than
any other artist out there and that is why he inspired me.

Return to Life of Si